If there was any doubt that construction has been propped up by twigs for the last two decades, then that should be fully cleared up by this news! 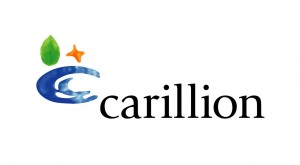 Carillion – There are many sub contractors who refused to work with these people over the last decade. The main reason being was that they were terrible payers, and almost took pride in putting SME’s out of business (my last experience was Olympic Park). They made every excuse under the sun not to pay. This vile company’s collapse will hurt many small businesses, but also raises some very worrying questions.

I stand to be corrected, but I thought that for every public sector contract, there had to be a tender process, within that tender process, there should follow a vetting process. Carillion (in my personal view) have been insolvent for the last 10 years at least (meaning that it could not pay its bills on time), so how on earth could they be awarded public sector contract after contract?

They even took on school dinners? It certainly raises the question on “who exactly” was benefiting from Carillion being awarded these contracts, yes I am hinting at corruption at the top level. It cannot be ignored, you don’t award a catering contract to a construction company. Why weren’t questions asked when this happened? I am sure that they “just happened” to win plenty more contracts outside their genre as well. Could you do that? I know I couldn’t, as its not my field of expertise. How could an expert lose time after time to Carillion? Lucky stab at it? I doubt it. It stinks.

So why do I say they were insolvent (purely my opinion)? Obviously Carillion could not pay its suppliers or sub contractors on time year after year. They borrowed upwards of £900m from the banks, they borrowed over £2 Billion from suppliers and subbies (interest free loans), yet still won all of these contracts. At point of Collapse it had £29M in cash. This was not due to one of their clients collapsing or the property market sliding, it was through years of decay in profits. The gulf between debt and cash is huge and if it was any of us mere mortals, we would have called in the administrators way before this point.

It shows that this industry has been battered for years. Look at the banks, they force SME’s (Small and Medium Enterprises) down the factoring or confidential invoice discounting route. Why? Because we can’t get paid on time by the big boys! So the banks promise anything up to 90% (each agreement differs) of your invoice up front until you get the invoice settled. The banks charge you a fortune for this service, which in my view is not fit for purpose. Your factoring company then owe the debt, so you can’t chase your client for payment. The client can’t pay on time, so they make up (or have a valid complaint) a story on why they are not happy with the works completed. The Banks act nice and dumb and take said clients word for it, which then puts your whole account with that client on stop. You then are put into an “overpaid” situation, which by the way, you are again heavily penalised for. The Banks don’t take your word as their client, they take the word of your client. Why? Because there is more profit in it and they don’t have to part with their cash. Oh by the way, the directors will invariably have to sign a personal guarantee for this so called privilege. 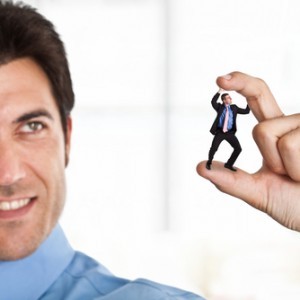 So the SME now, at the end of the month stands at maybe 50% instead of the 90% as agreed in the contract because of “workmanship issues”. The “disapproved account” stays in limbo until the workmanship issues are resolved (if there are any)! I have had £60k disapproved for about 2 hours work outstanding, so they don’t take into account, how much is completed at all. Your client, makes an excuse up not to let you back on site because they know that once that is resolved, the banks will have to release the money and they will be chasing them down !

It is not in the interest of the factoring company to resolve issues, as there are extra charges for so called “overpayments”,  which is when a client hasn’t paid within the 60 or 90 days – and yet, when it suits, the factoring company states that they own the debt, so why aren’t they chasing payment harder? I would call this conflict of interest.

I believe that if any good comes out of this, Banks/factoring companies should all be investigated for the mistreatment of SME’s and their directors as well as a “Full inquiry” into corruption at government level by giving the likes of Carillion their contracts when they were clearly insolvent.

Lets not forget that banks used to provide “overdrafts”, and yet they all swapped us over to factoring, which ruined many people’s lives! My question is this, would the banks have taken this course had there been enough profit in public sector contracts and indeed a true and honest tendering process taken place for these contracts?

Gapple is a part of a support system to the curtain wall/ window fixing and cladding and steel manufacturing companies.

We Offer Full Project Management Service Across The UK With An Experienced, Accredited Workforce. Read more about our services...

With A Proven Track Record As Building Refurbishment Contractors, We Offer An Enhanced Management Solution